FUCK YOU PEOPLE THAT PUT MOVIE/BOOK SPOILERS IN HUGE FONT AT THE TOP OF YOUR LIVEJOURNAL ENTRIES!!!!!

I dont mind that you make an entry about the most recent harry potter book, but don't make it so the first 5 words are the suprise ending, and then make it in all caps.
Also, please don't talk to me about the book, I'm trying super hard to not have it ruined for me like everything else in the world that has a plot.

speaking of which, I saw corpse bride last night. I thought it was very beautiful, and technically amazing! I also thought the plot was very unsophisticated, but not in a bad way, just in a way that made it very straight forward and without a lot of depth. I think it's awesome that They can make a nice tight little movie and hollywood isn't like "where's the sequal in this???" yeah. I thought the songs were 1-ok 2-Great 3-lame. in that order, but I thought there should have been more piano playing, and I thought the characters needed to communicate better in order to explain their change in behaviour. The sound track was good, but I think I've heard a little too much of Danny elfman singing a 20 person chorus by himself. in parts of the songs I was like "woah, the oompaloompas are singing this?????"

karoshi but his comments is friends only... 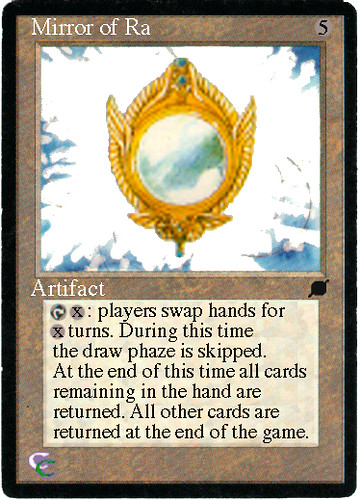 This is one of the magic cards I made in Jr. High. I think some of my

ideas sound pretty fun. They weren't balanced or anything, because I

didn't really understand game balance too well at the time, but I

always wanted to play this card because I thought it would be fun.

III, inspired by the item's use in the game. huzzah! 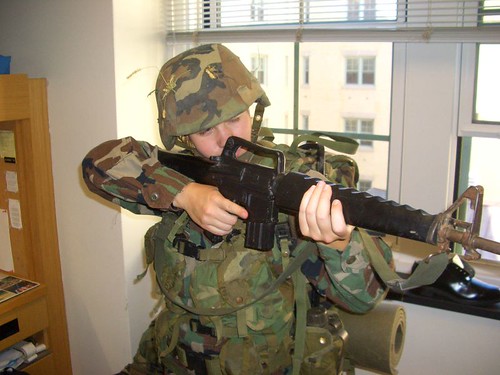 Death to the Opposition!

This is a short story I just wrote!!!

The mass suicide club
Once upon a time there was a little girl who hated doing homework. when she was 8 she had had enough. it was october 20th, one week before halloween and she decided that she was not going to do anymore homework ever! Her name was Elizabeth, by the way. shortly before lunch time, she folder her hands over her math text book and said quite calmly, "I detest this homework. I will not do any more of it."
Her neighbor, another young girl named Cálibure Katrina Greene, paused in her arithmetic and thought about this momentarily.
"This isn't homework. you do homework at school." Cálibure realized she had made a misspoke and rescinded, "I mean, you do homework at home. That's why it's called homework." Elizabeth was not mollified. She sat determined to abstain from homework for the rest of her life, regardless of small semantic distinctions like the difference between homework and schoolwork.

By the time the girls were 21 they had long since ceased being table mates. In fact they had ceased being classmates and even schoolmates, for Elizabeth had dropped out of school at the age of 16. Cálibure continued on to college, and Elizabeth got a menial job at the food court in the mall.
One day while shopping at the novelty sword store in the mall, Cálibure Katrina Greene noticed a well mannered and quite voluptuous woman vending Orange Julius's to a slow tempered elderly man.
"Elizabeth!" Cálibure whispered in astonishment. The female vendor swiftly affixed her gaze on Cálibure; evidence that despite her intended restraint, Cálibure had called loud enough for all around to hear. The female vendor smiled as the recognition of her long unseen school yard chum flooded about her.
"Cálibure Katrina Greene? I have a shitty life. Let's make out and then kill ourselves." Cálibure surprised herself by reflected on this presumptive invitation only momentarily before nodding her acceptance.
Elizabeth quickly approached kissed deeply and vehemently. Then They took swords from the novelty sword shoppe, and used them to bludgeon a canteen of gasoline while playing with matches. They both died, and many other people did as well.